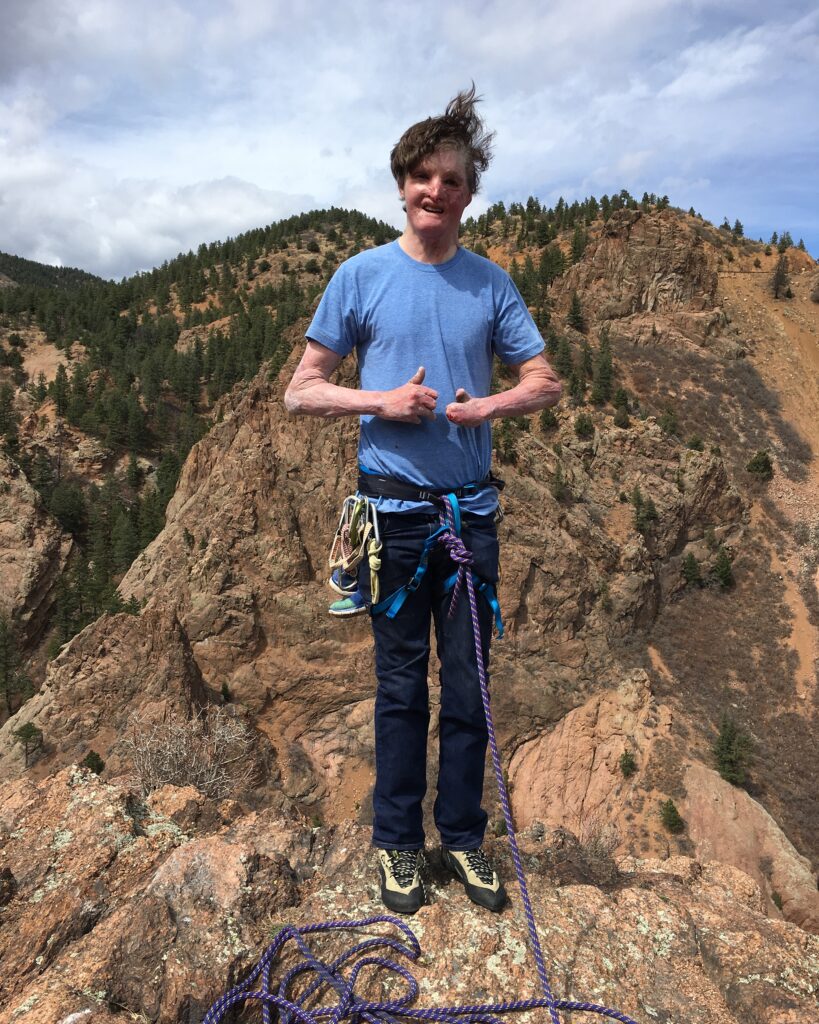 Can you tell us about yourself?

I like to do a lot of outdoor activities beyond climbing, biking (editorial note: Erich just completed the Imperial Bike Race in Breckenridge the weekend before this interview) and skiing. I have a dog, her name is Emmy. She’s sleeping. I can show the other one, Max.

I was in Boston for a couple years with my Masters in Mechanical Engineering (editorial note: Erich is very modest, he graduated from MIT). If you have something you want to engineer, I’m your man. I used to work in software consulting and I’m currently in between jobs.

What brought you to Paradox Sports?

I just remember a friend telling me to check out a post about Paradox Sports on Mountain Project and I saw they were meeting in Boulder and that was the first one I went to in Fall 2014.

Timmy O’Neill was the Director – it was fun and weird. He brings a lot of stoke to what he does and Paradox was no exception. It was awesome. I got to meet Mo Beck and Dan Boozan and I just knew it was something I wanted to be a part of. It was exciting because I saw people like me.

I started going to climbing nights after that and the rest is history!

My first outdoor climb was in Ouray in 2015 and then I did Shelf Road after that.

I think it speaks to the staying power of this organization – there are so many people from back then that are still attending all the events. That’s one of my favorite things about Paradox: seeing all my old friends and meeting new people. 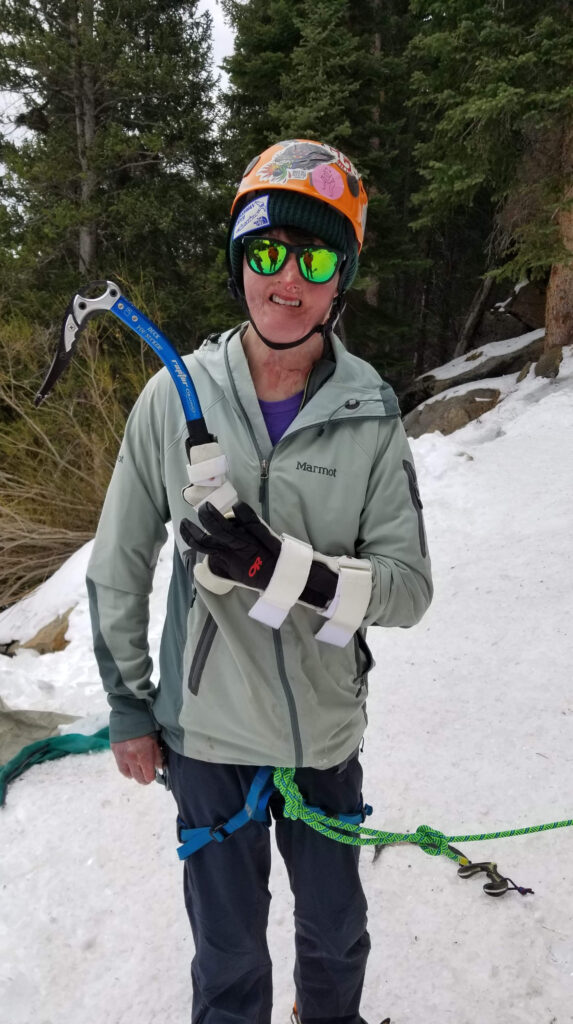 You have been involved for many years, what keeps you coming back?

Definitely the community. I think it’s nice because it’s a bunch of like-minded individuals. It’s very supportive and welcoming. That’s first and foremost what keeps me coming back. It’s the individuals for sure. I think going out and doing stuff with these people is huge to me. I’ve been involved in other adaptive communities before and I think the fact that Paradox changes it up – different gyms and trips, is really huge.

I think Shelf Road is going to be awesome – I love Shelf Road. That was my first rock trip and I love camping and the informality of hanging outside and going climbing. Well I think it’s my second favorite. Ouray is my favorite.

What is your favorite memory from a climbing trip?

You were this year’s Got Stump recipient, can you tell us more about it?

That award has been around longer than I have – that’s an exaggeration. When I first started climbing with Paradox, it was a shirt that said, “Got Stump?” that hadn’t been washed for 15 years and it smelled terrible. And you had to wear it anytime you went on a climbing trip. It was kept in a ziploc bag and you could tell when the bag was opened because it just stunk.

I’m very glad they switched over to the current trophy – thank you so much – that shirt was disgusting.

A little more on the history of the shirt: I think it started when Chris saw Malcolm Daly wearing the shirt at Ouray Ice Fest and offered to buy the shirt off of him and Malcolm said, “Let’s do a bidding war for the shirt!” The next year, Chris returned it to Malcolm and the tradition continued. I’m not sure how people decided they had to wear it climbing, but oh my God, it smelled so bad.

The new award is so much better – you can drink out of it. You can’t do that with a shirt. 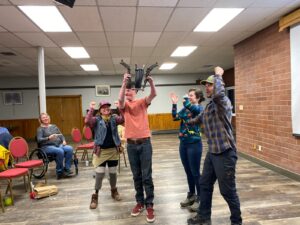 Do you have any climbing goals you would like to accomplish this year?

What would you say to someone who wants to join Paradox Sports but is unsure?

If you are an adaptive athlete, you should join Paradox, and if you aren’t, volunteer.

When I first started and went to the gym event, I didn’t really participate, I just watched. The whole vibe was really accepting, so if you are thinking about joining, just come and watch. You don’t have to dive into it if you don’t want to and start with off-widths. Just come to events, watch, meet people. You don’t have to start right away, which I think is good advice for most things in life, but especially for this since Paradox is such an accepting community. 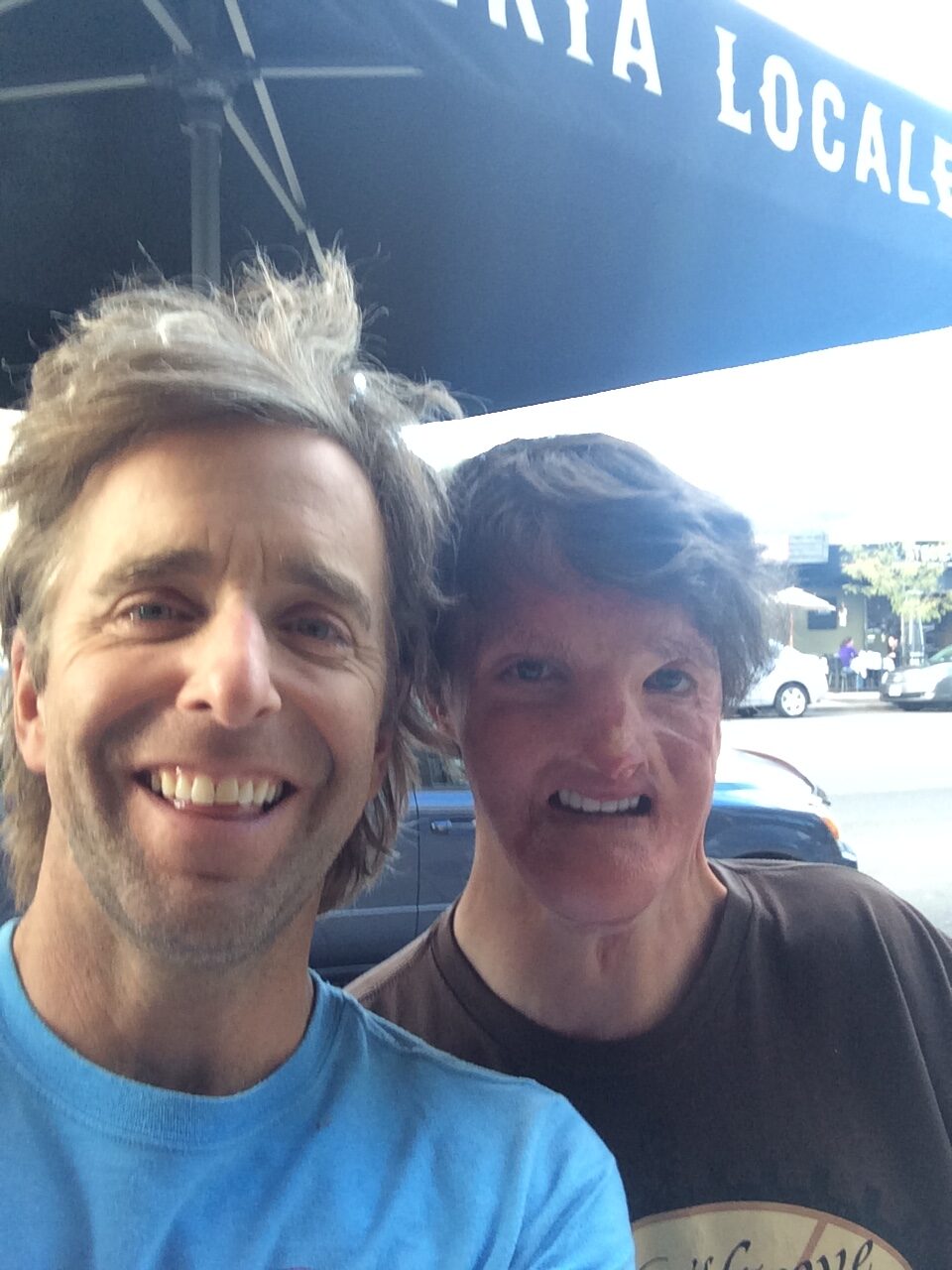 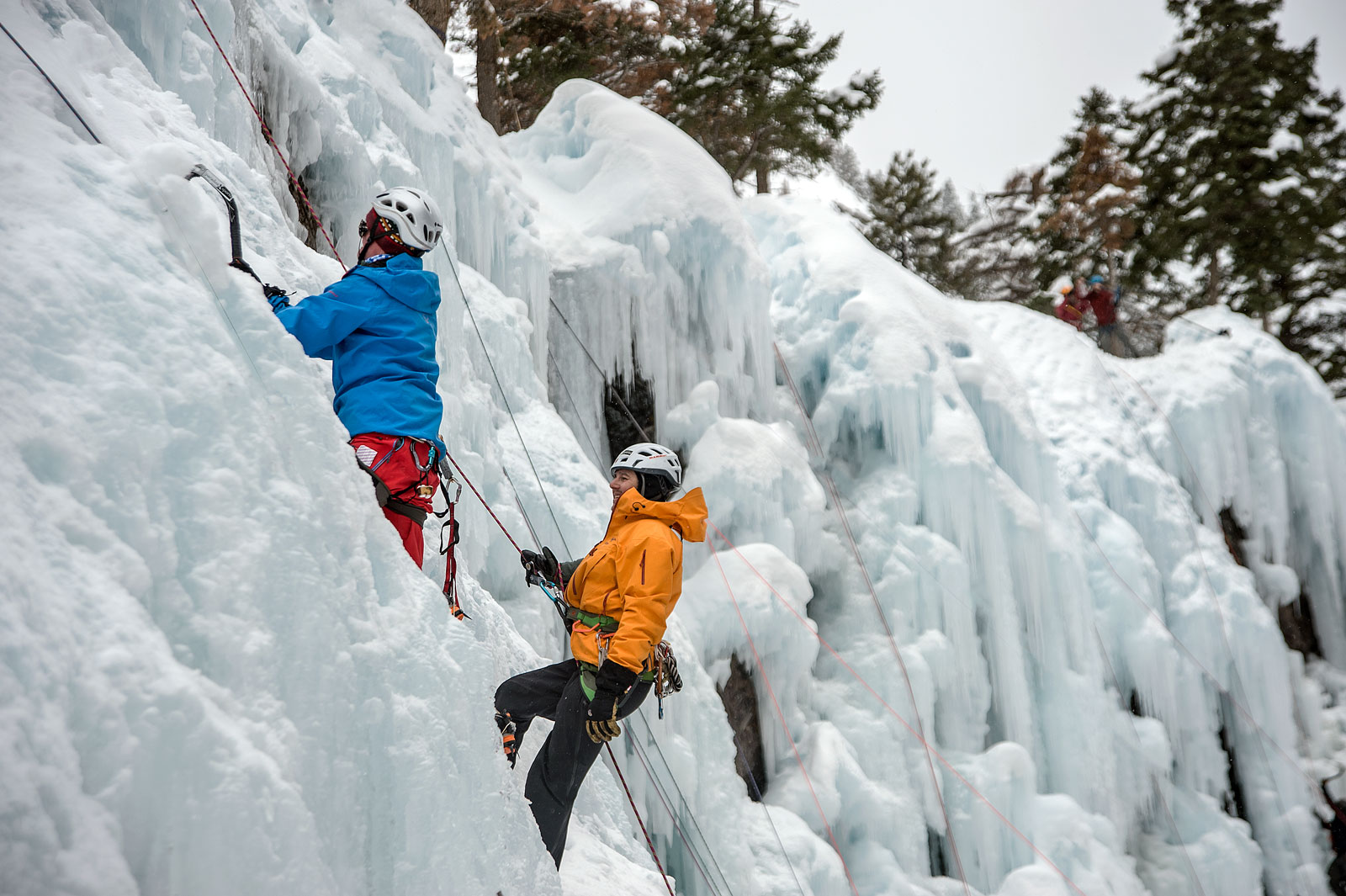 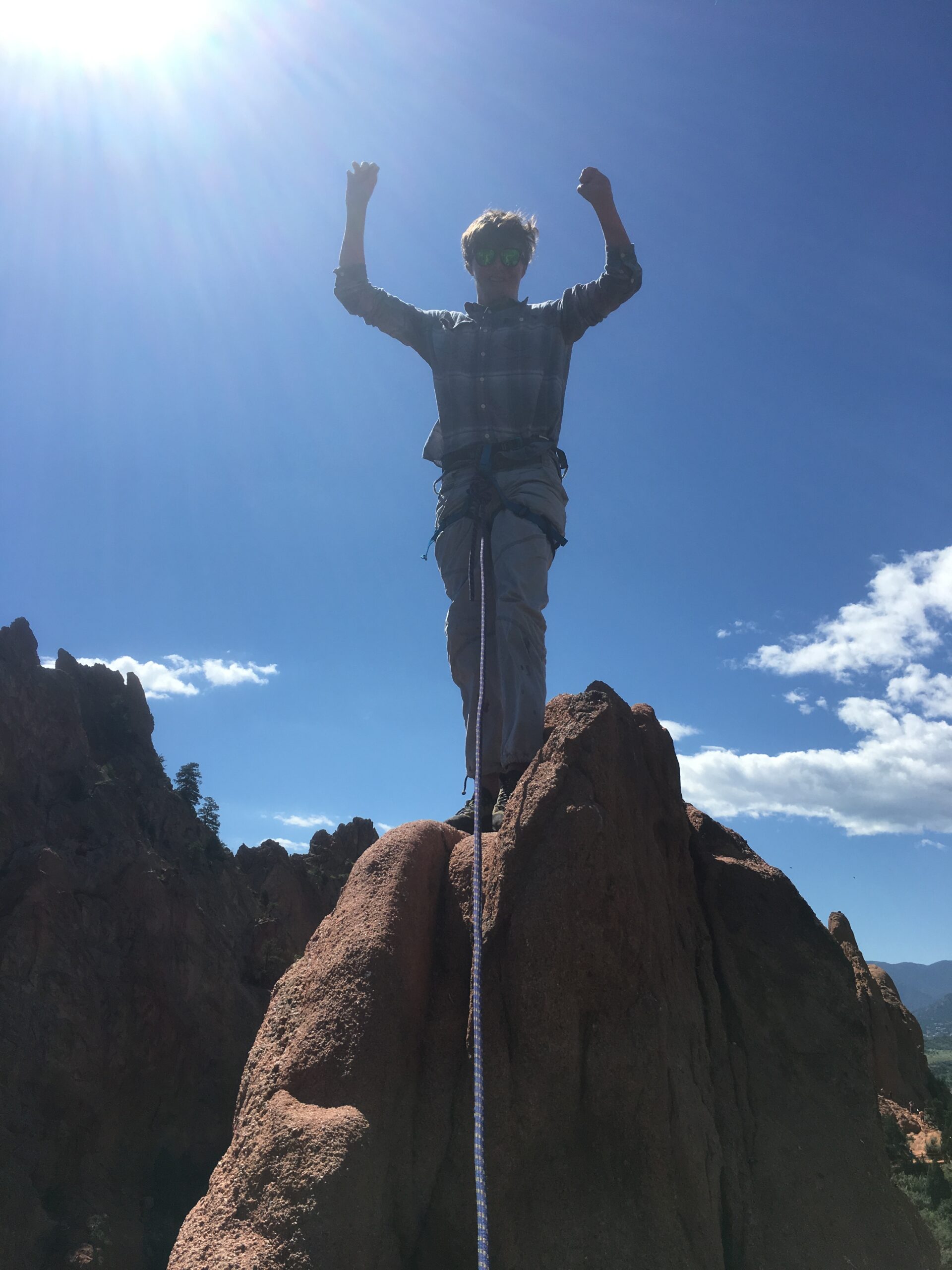 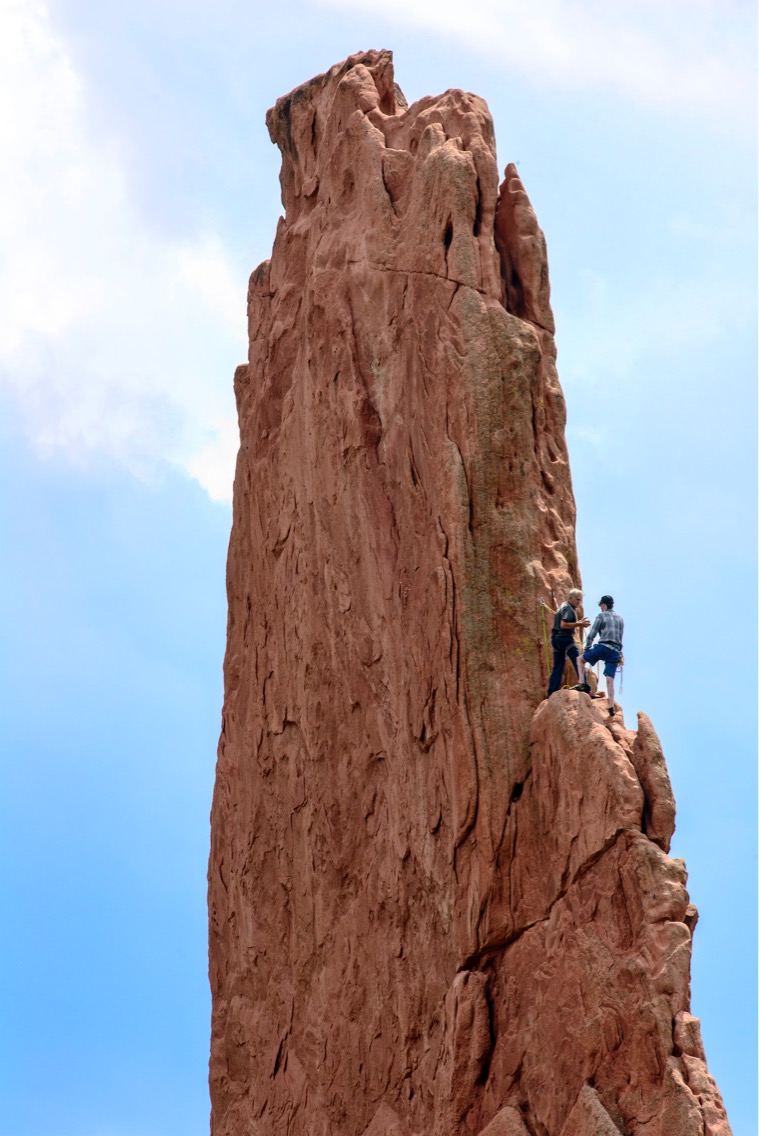 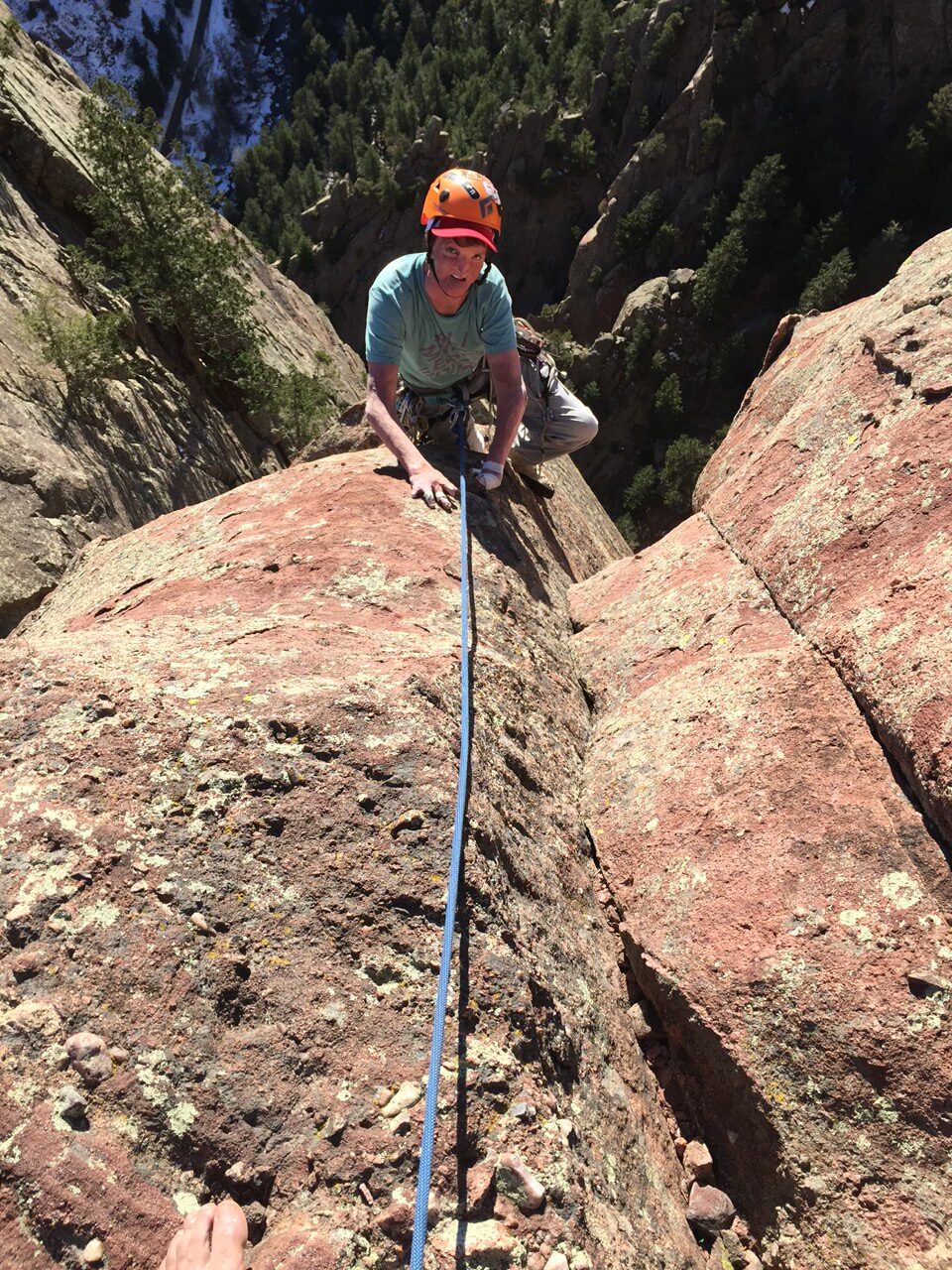 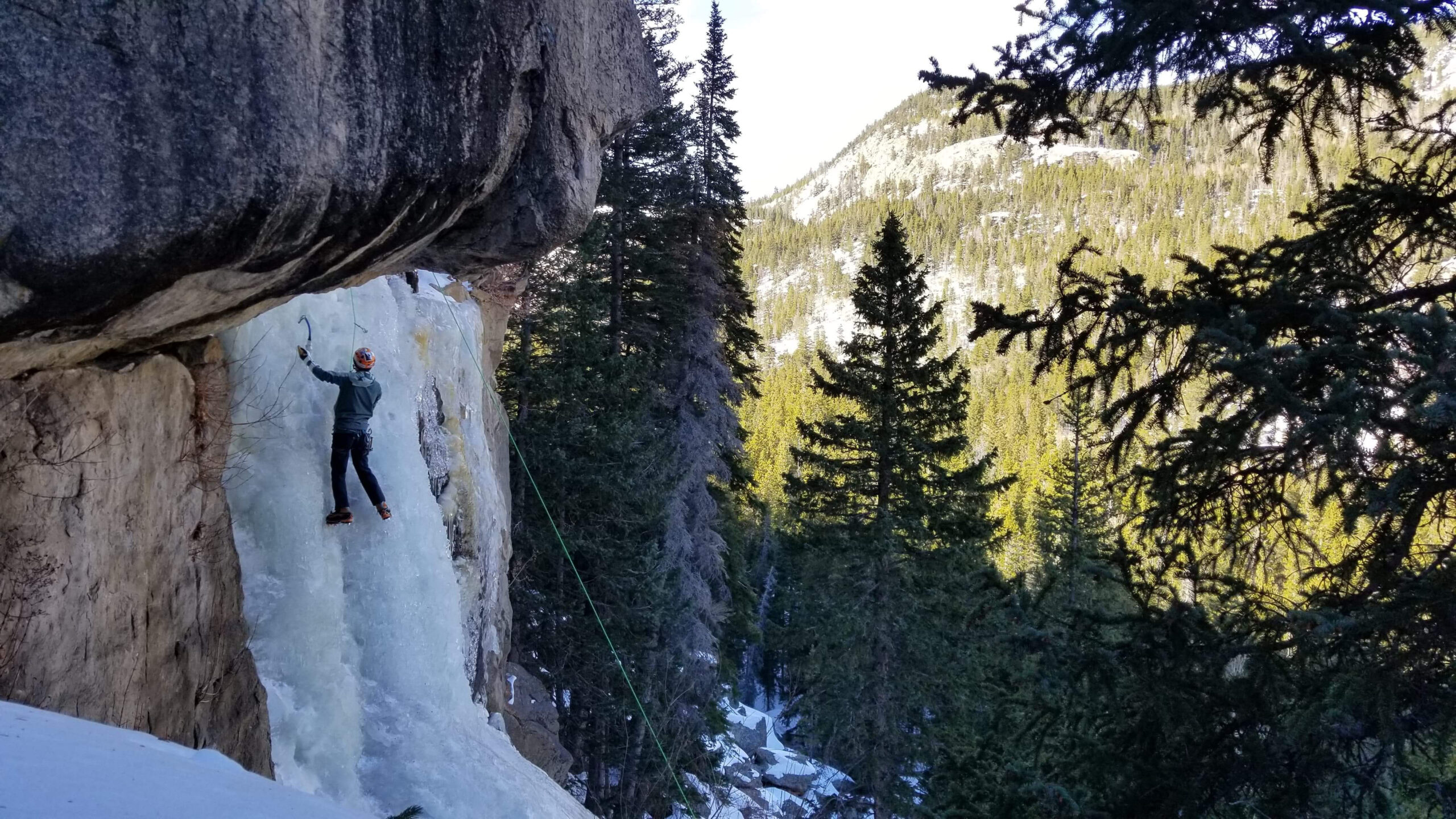