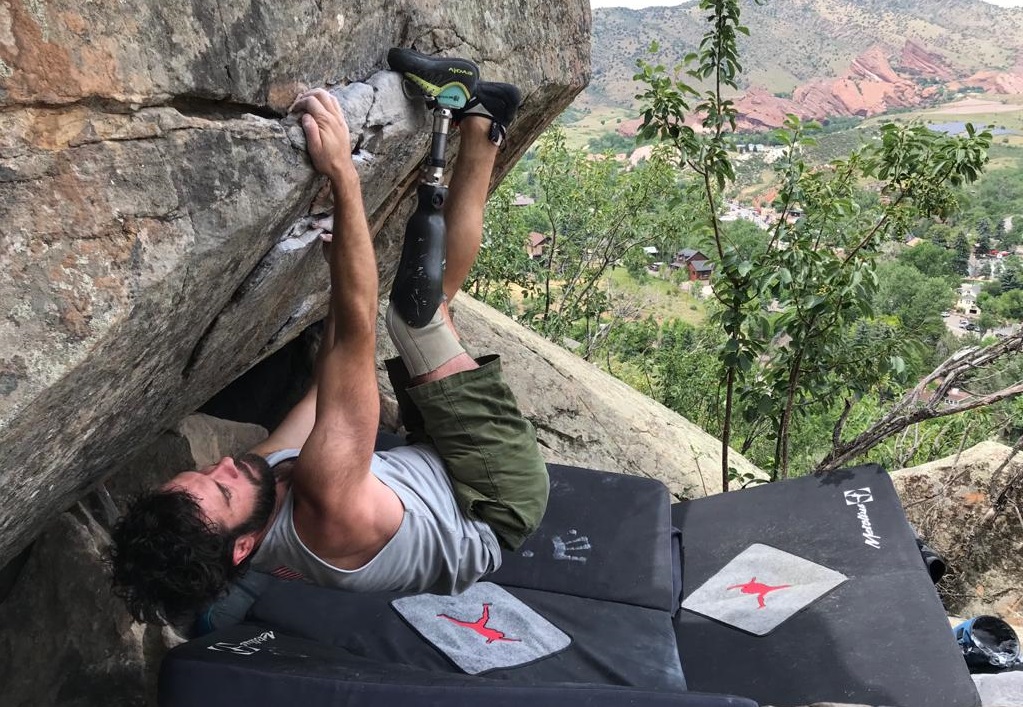 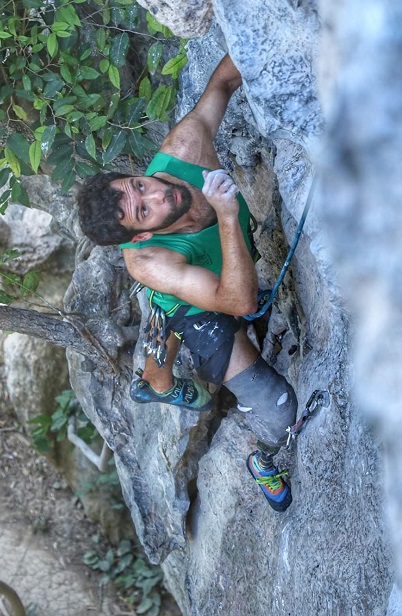 Nothing tells you how much you cherish something like climbing until you can’t do it anymore.

Fortunately, the COVID-19 shutdown is only temporary. The walls will still be there. While we lost some fitness, missed some competitions, and weren’t able to go after the outdoor goals we were aiming for, hopefully (through a combination of us all pulling together with social responsibility as well as a vaccine) next season will bring a return to normalcy.

Three years ago, I never would have expected climbing to be one of those things that I’d miss desperately should a virus create a semi-apocalyptic feeling shutdown like we saw this spring. I had bouldered a bit and certainly spent plenty of time up in the mountains, but running was my primary sport. After all, it had been for nearly 20 years, and I’m too old of a dog to learn new tricks.

In 2017 my prosthetist Angela Montgomery invited me to the Base Camp Fundraiser in Boulder. In her email, she wrote “I’m not sure if you’re a climber or even interested in the sport, but it’s a great group of people nonetheless.” And she was right to wonder – but it’s funny to look back at that today, considering the number of days I spend with chalk on my hands now.

Since then climbing has joined running as my sports 1a and 1b – and I often am not sure which is in which spot. I’m certainly never going to be the best among the leg amputee demographic, but have had some success on the competition scene and outdoors, including doing some climbing in international locations.

Climbing is a sport that can have a high barrier for entry. There is the inherent danger involved, especially as a beginner. But also making the transition from the gym to outdoor often requires help. Whether it’s through a mentor, guide, or group, it helps having experience around on that first time on lead or cleaning an anchor.

That’s especially so for the adaptive community. Paradox is an amazing asset for bridging that gap, providing that opportunity to expand our exposure to the sport. I had heard about ice climbing previously and thought it looked incredible. At that Base Camp event, they talked about an annual trip to Ouray. Hell yeah, I was all in on that. That first chance on ice gave me the confidence and experience to get in on future ice climbing trips with friends. 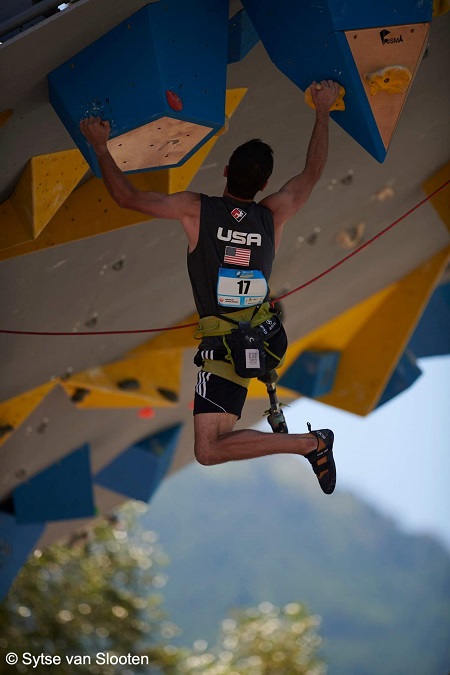 Then soon after I started my membership at the climbing gym Evo (which at the time was more for access to a treadmill in training for a spring marathon), I bumped into Paradox ambassador Mo Beck, who I recognized from the Base Camp event. Us three limbed athletes tend to gravitate, so we talked about climbing together at some point.

I was quite bad when I started climbing. I remember once with Mo belaying me where I was struggling so much on a 5.8 (or maybe even 5.7, it was bad), my leg was sweating so much that I was sure it was going to come off and fall on Mo. But Mo pushed me even in that first year to compete at Paraclimbing Nationals. Considering training for the marathon (and not being particularly good at climbing), I said no that first year but promised to do the following one.

I had no clue that Paraclimbing Nationals was a thing at that point, and certainly didn’t see myself as someone who should be trying to compete at them. Mo’s persistence, encouragement, and help with training was huge for getting me there as well as finishing as the fourth American – which earned me a spot on Team USA for the Paraclimbing World Championship.

There’s a bit of a gimp climbing crew in the Denver/Boulder area. Hell, with any demographic, the climbing scene on the Front Range is just bound to be pretty great. But getting in with the gimp crew led to early opportunities to climb outside. One trip out in Clear Creek Canyon where the three limbed folks were the majority on the crag was where I led my first route.

It’s hard to say exactly what Paradox’s role in my climbing life has been. It’s not really that difficult for me to get outside and climb. Coming into the sport as an athlete, I eventually figured out how to stop sucking and move upwards with some competence.

But those opportunities for getting outside early with Paradox Sports helped ignite the passion for the sport. Exposure to a mentor was probably the only reason I tried out competitions.

And, as Angela said from the start, it really is a great group of people. 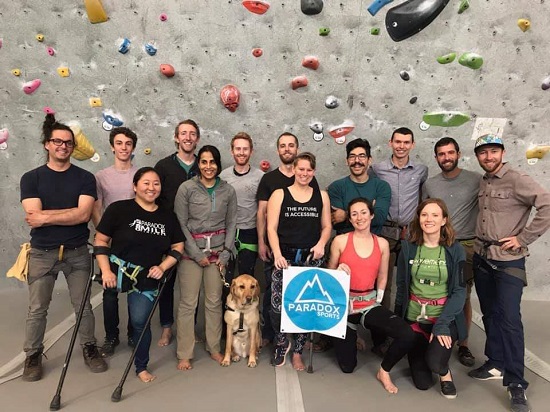 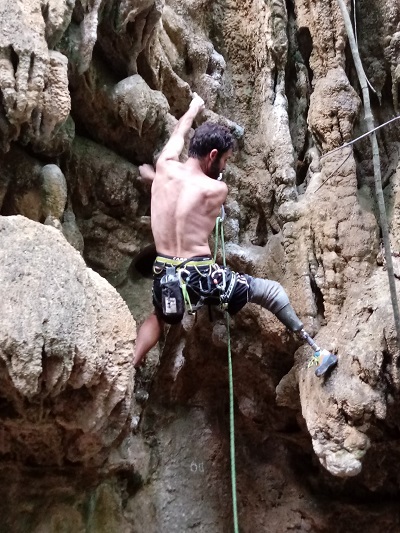 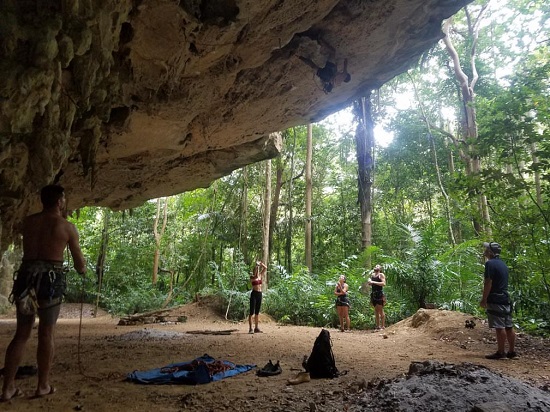 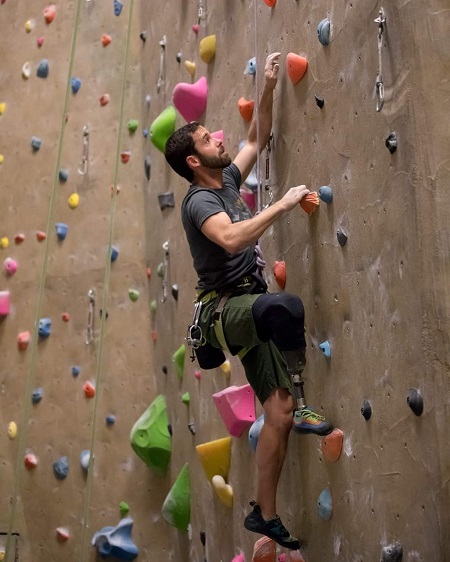 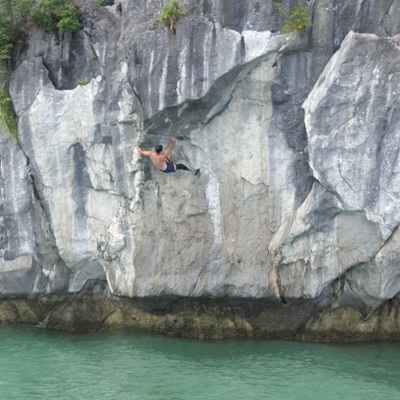 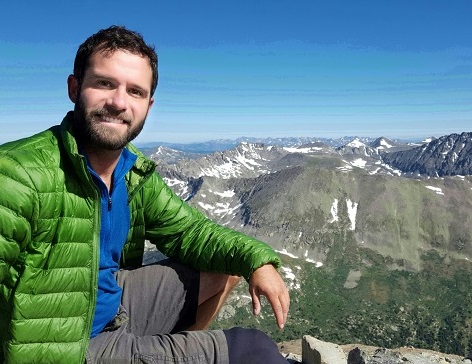 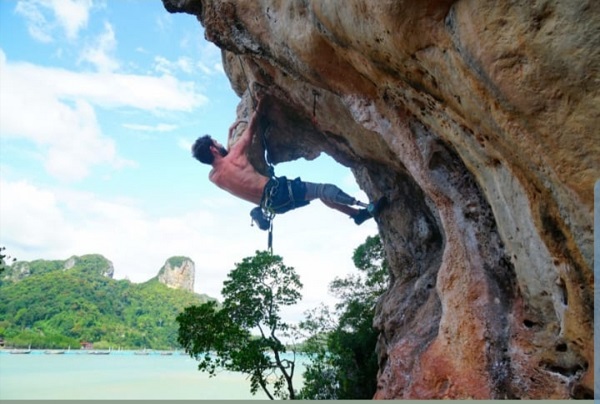