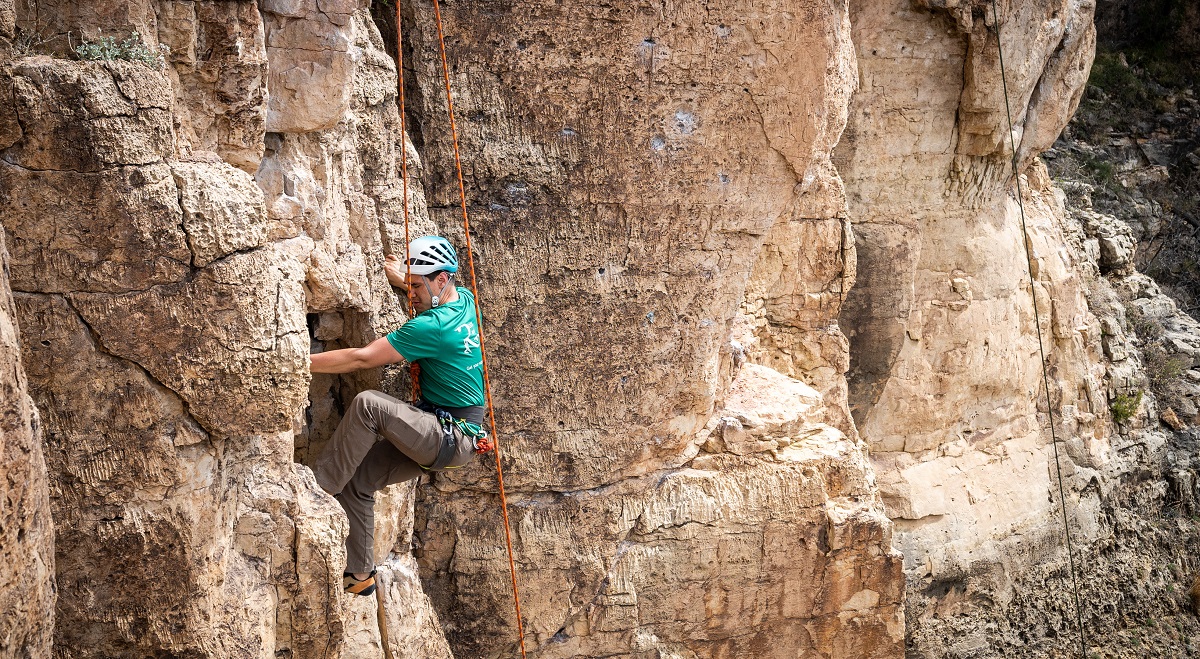 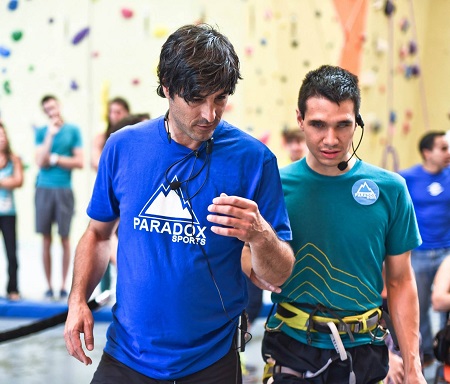 I am a blind climber; I climb in much the same way as most climbers except that I cannot see the holds. If I want to climb particular routes, work a bouldering problem, or compete in competitions, I need someone to help me know where the holds are. For this, I have a sighted person help me; we refer to this person as a caller. Some climbers also refer to callers as a navigator or guide.

In general, the main purpose for the caller is to help me find the holds. Depending on the climber and the situation, we prefer that they do not give beta or tell us exactly what to do. This allows the climber to figure out how to climb the route their way. For me, that is one of the joys of climbing, taking a difficult route and figuring out how to top it. I once heard another caller say that he is not controlling a robot but giving information to a blind climber. For competitions, callers should only tell us what we call “DDS” or direction, distance, and shape. 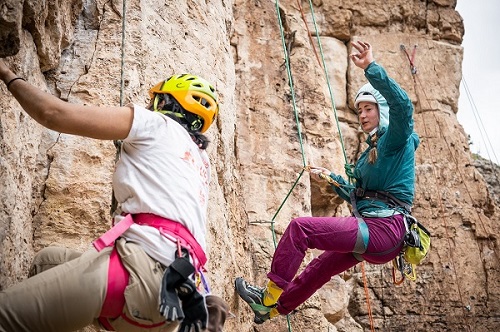 photo by Will Strathmann

Distance has more variation on how it is given. For hands, most common is relative distances based on the climber’s body. These usually range from “very short” to “Extra far”. “Very short” is usually less than a couple of inches. “Short” being the distance to about the middle of the forearm, followed by, “medium”, “far”, and “extra far”, which would be outside of what the climber can reach without either standing up or moving their feet. Distances for feet are a little less specific but can include things such as “right outside”, “way outside”, or “a little outside”. Although less common, the caller might instead give distances for both hands and feet in standard measurements such as “1 and a half feet” or “75 centimeters”.

We use the basic hold shapes for describing what the hold looks like. For example, jug, side-pull, under cling, sloper, etc. In some cases, we might use shapes that are more specific such as a bread loaf or a flying saucer, especially for holds that have a weird or distinct shape. The shape of footholds is usually not as important unless it is something that might be difficult such as a small foot chip that can be hard to place precisely. Once the climber starts to move whichever part they decide to move next, the caller will switch from the elements for DDS to directing the climber to the hold they are aiming for. This is done by telling the climber “left”, “right”, “up”, and “down”, and then confirming that they have found it when they touch or grab the hold, “yes”, “that’s it”, or similar.

Although the above is simple, not everyone is good at calling at first. A good caller can read a route and have an idea of what the climber will need throughout the route. The caller would also be good at recognizing hold shapes from the ground, which can be quite difficult since they cannot see the tops of the holds from the ground. Once the climber is on the wall, a good caller can understand the body position of the climber and give information about the next hand or foothold based on what the climber is likely to need next. One of the hardest parts, and one of the most crucial, is being able to call holds quickly. A blind climber cannot make the next move until the caller has given the next hold and thus must hold the position, try to settle into a rest position, or lock off to wait. This means that completing a single route can take a blind climber two to five times as long or sometimes even longer. Following the above strategies, pretty much anyone can call for any climber but, if a climber and caller can work together a lot, it can make a huge difference. One of the most significant improvements is the ability of the caller to become accustomed to the way the climber moves, how they like to position their body, how far they can reach, and their general strengths and weaknesses. This allows the caller to be better able to determine which holds to tell the climber about and can help while choosing routes. The climber will also get used to how the caller will call and know what kind of feedback the caller needs in order to help them best flash the route. 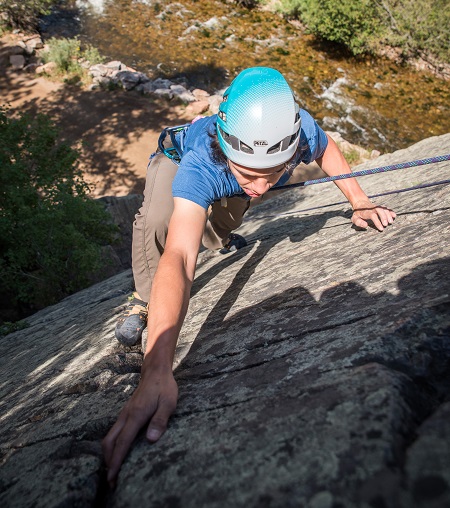 Bill has been climbing since June of 2015. He loves all types of climbing including indoor, outdoor, top rope, lead, and even bouldering. He will be joining Paradox at the end of this month for his first trip to ice climb in Ouray, CO. Bill has also been climbing competitively since 2015, finishing in the top 3 at the USA Climbing Adaptive nationals 5 times and finishing 6 th at the IFSC adaptive world championships in the blind B1 category in 2019. When not climbing, Bill likes to hang out with friends and play tabletop games. Denver CO is where he calls home and he loves all the access to the outdoors.