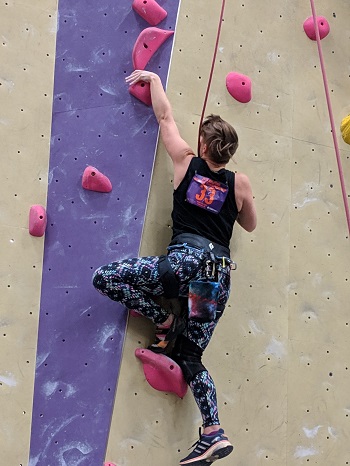 My name is Allison. I have a rare condition called complex regional pain syndrome (CRPS) that affects my nervous system. My condition, which had been more or less “in remission” for 2 years came back with a vengeance. My mobility was (and is) affected, so I wasn’t able to do all the things I loved in the outdoors any longer: running, backpacking, skiing, and probably half a dozen other sports. Playing outside has always been a huge part of my identity, so the thought of losing that was a tough thing to face.

Luckily, I had worked in the adaptive sports world before and heard of Paradox Sports from a former co-worker. I’d done a little bit of climbing before, but I wasn’t sure how to approach it once I couldn’t use my right foot on the wall. What I was really looking for was reassurance that I could still work towards physical goals, have fun, and enjoy nature. I needed to see examples of people who both had a disability AND were kicking ass in the outdoors. So I started climbing with Paradox in January of 2019 – during a pretty low point.

During Paradox club nights at the gym, I learned how to climb with a knee pad and quickly fell in love with climbing, but I was still struggling with accepting my diagnosis. Within the first month, Jess (Jessica Sporte) and Mo (Maureen Beck) ganged up on me one night at club. I’d never met them, but both of them were so genuinely excited to have a new member of the community. Immediately, I felt different. Here were the role models I was looking for! They had each embraced their disability and were definitely kicking ass. I didn’t feel like I had to hide my disability or my new-to-me limitations. I felt so welcomed. That feeling of belonging and acceptance helped me to accept myself, disability and all, and glimpse a new path.

More than just welcoming me, they encouraged me to compete in the Adaptive Climbing Nationals. It was scheduled for March; did they know I was a new climber who could only climb 5.6? Surely, they hadn’t seen me climb… I remember Jess telling me that her first experience with Nationals was pretty much the same way and I wouldn’t be alone. Oh, and did I want to stay in their Air BnB?

After some more cajoling, I agreed to go. I still thought it was crazy to be competing in Nationals after only 3 months on the wall. I wasn’t sure how travel would go or how my body would adjust to climbing more frequently. But everyone I talked to spoke of this warm and glowing sense of the community you meet at Nationals. No one could quite put it into words, but there was just something powerful about meeting other adaptive climbers from all over the country.

Climbing became a port in the storm. During those first few months, I made the difficult decision to go on leave from my (very physically demanding) teaching job. I was heartbroken and scared. I also had a doctor’s appointment of some kind nearly every day. My job became trying to learn my body and give it what it needed. Mostly, that was rest. But I started to notice that nights when I climbed were followed by days where I felt a little better. I started to push myself more on the wall, gradually increasing the number of climbs I was able to do. Weirdly enough, I couldn’t walk around the block, but I could climb! I started to see that maybe, just maybe, this could be a sport that worked for me. Maybe it could fill the running-shaped hole in my life. 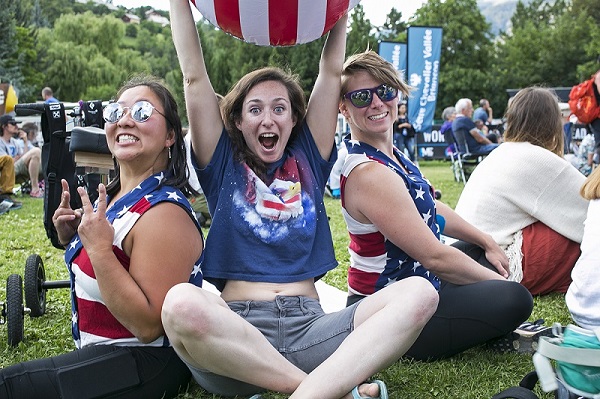 The friends I was making served as an invaluable support system, then and now. With the adaptive climbing community, climbing with a disability was never a question. The question was never if you could do it, but rather how it would look for you. They accepted me and my disability. I climbed outside for the first time in early March with a huge group of other adaptive climbers. I can’t describe how good it felt to be back in nature.

In late March, I traveled to Ohio to compete in Nationals. I’d never been to (or even seen) a climbing competition before. My family, possibly more excited than I was that I’d found my niche, traveled to cheer me on. The community I found there was exactly what I was looking for. There were other people who walked with a cane! There were people with similar issues who were climbing hard, I’m talking at a world-class level. My climbing grade did not matter one bit to anyone there. Everyone was so supportive of one another. I wasn’t on the receiving end of pitying stares. I wasn’t the odd one out. No one was asking me if I’ve tried curing myself with yoga or essential oils. Everyone got it. Suddenly I felt part of an extended family who would have my back. A couple of months later, I was invitied to compete in the Paraclimbing World Championships. I traveled to France in July 2019 to compete and that family few to include climbers the world over.

Becoming disabled as an adult is a very scary, isolating experience. Finding the climbing community gave me the support I needed to figure out a new version of my life. I was able to find purpose once again and genuinely grow to love my life once again. It looks different, for sure, but I’m happy. The friends I’ve made through Paradox and the wider adaptive climbing community have stood by my side during all the ups and downs. Climbing gave me a way to push myself and enjoy nature once again, but more than that, it gave me another family. 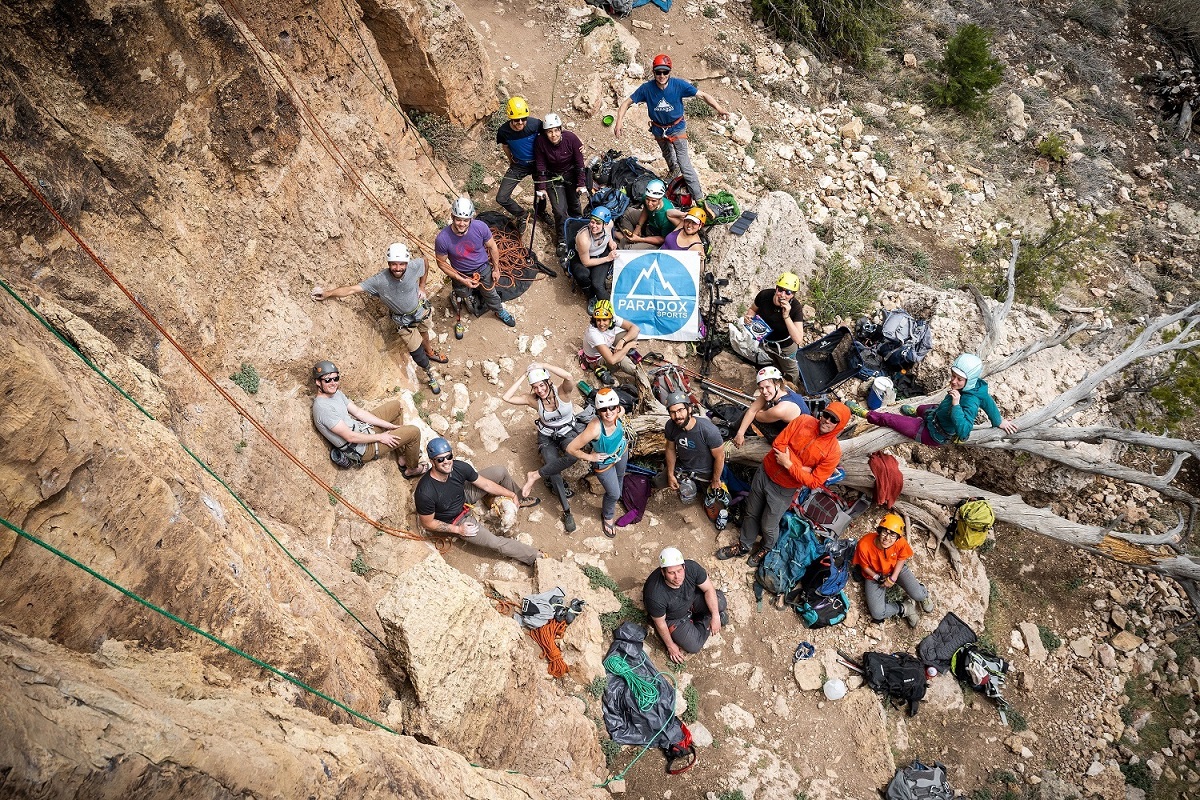