Skip to content
First Time in a Long Time

First Time in a Long Time 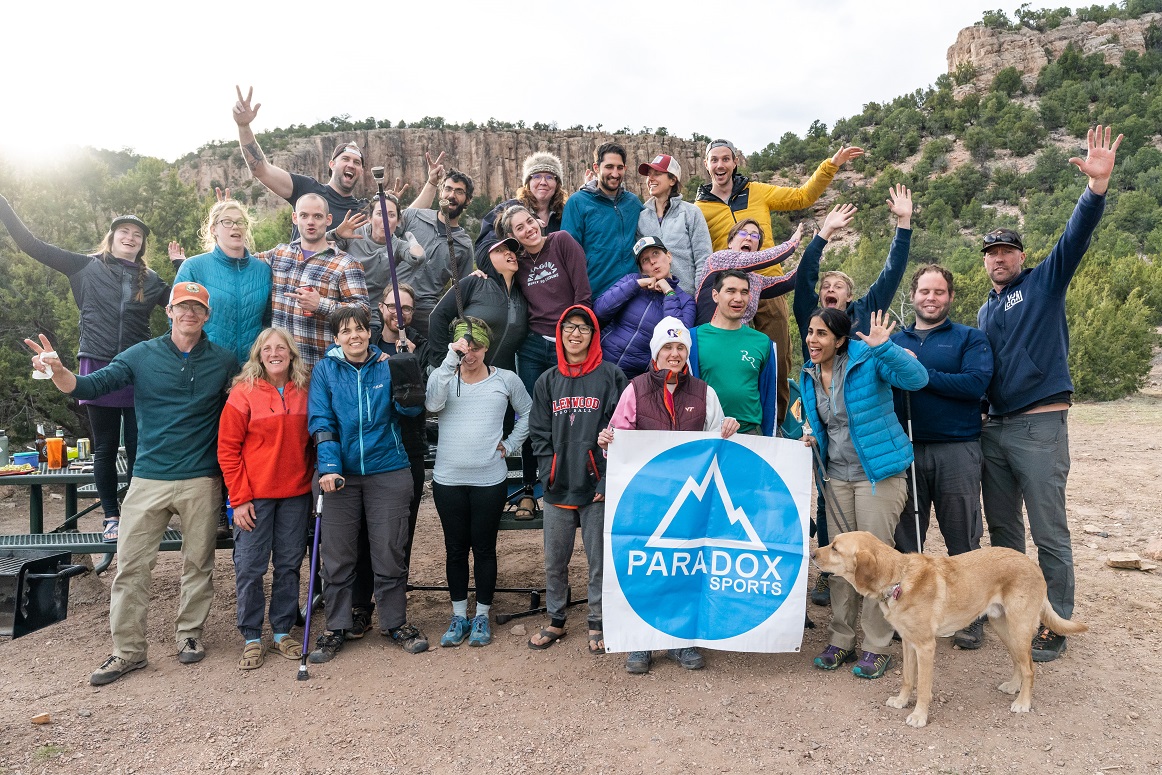 On a Monday night in late July 2018, I walked into Earth Treks, Golden. I’d had a long day at a new job in a new city, but I had prioritized this evening ever since moving back to Colorado a few weeks earlier. I filled out the waiver, changed out of my khakis, and headed upstairs. There I found Craig DeMartino, of Adaptive Adventures, and Dom Pascariello. While I did not know who they were yet, Craig’s obvious prosthetic and Dom’s Paradox Sports hat helped me know I was in the right place for volunteer training.

I was fresh out of graduate school where I had dedicated my time to studying motivation, well-being, and the question, “why do we not do what we know will make us happy?” Time and time again, my research pointed towards a certain physical and psychological intimidation that prohibited people from engaging in the very activities that they seemed to know would bring them joy. As I neared the end of graduate school, and neared the beginning of a new life with my girlfriend in Denver, I began searching for people and places that were enabling communities to be their best despite physical or psychological obstacles, and that is when I rediscovered Paradox Sports. 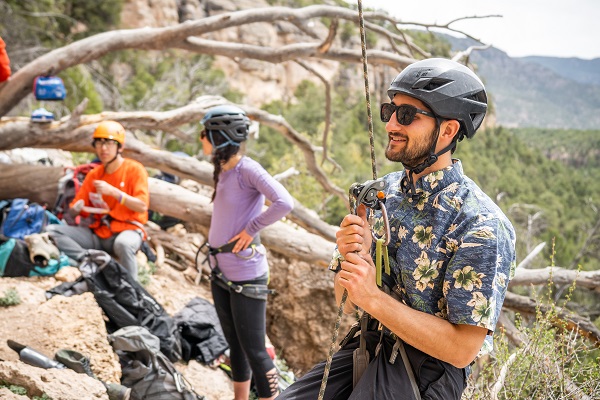 I had first heard of Paradox Sports as a senior in college, and was drawn to their mission of “providing adaptive climbing experiences that defy convention” and the idea of enabling experiences in a challenging yet nurturing environment. Despite my interest, I tucked Paradox Sports into the back of my brain hoping that one day I would maybe make it back to Colorado, and maybe have a chance to volunteer.

All of those maybes aligned into that Monday evening back in the summer of 2018. The volunteer training was brief, but the experience had shown me that I had found a group of people that were dedicated to enabling action despite barriers. In many ways, I knew that I had finally found a community that was putting theory into practice, and empowering individuals who might previously have thought of themselves as incapable.

Slowly I felt myself becoming more engrained within the community. I met the fabled likes of Mo Beck and James Scheri (both of whom I already knew of when I met them, but I embarrassingly did not want them to know that at the time). I soon even met the likes of would-be film stars like Jess Sporte, Allison White, and Esha Mehta. I made it to every community night that I could, and with each night, got to know more and more people who were not only excited to climb, but also excited to accept anyone into the fold.

Sometimes club night would be booming with what seemed like every adaptive climber in the Front Range. Other nights would be “volunteer heavy,” with only a few participants. Regardless, community nights always felt like a place for people to come for the first time, the one-hundredth time, or the first time in a long time, to climb unburdened and without judgment.

On a cold Wednesday night in January of this year, I arrived at the community climbing night for the first time in a long time. And on this particular night, our lone participant was a guy, about the same age as myself, who had suffered a traumatic brain injury and was slowly trying to make it back to the things that he had previously enjoyed. Like all new or returning climbers, he was nervous, excited, and, as he admitted, already sweaty as we roped up for the first climb. With Dom’s chalk bag to the rescue, he set off on his first climb in a long time, and with little coaching made it to the top.

Excitement was high as he touched down. With a healthy sense of disbelief, he eagerly talked us through the crux sequence, describing each move in relation to his increasingly fatiguing arms. After a quick rest, he was roped up, climbing, and once again sending it to the top. With equal excitement and disbelief as before, he described the difficult moves and his insufferably pumped arms. His entire return to climbing had lasted only an hour and half, but it radiated the type of enthusiasm, energy, and excitement that many climbers search for their entire careers. His energy was not only palpable, but also contagious as I felt it carry me through the entire car ride home and into the following days. My “first time in a long time” community night flooded me with the reasons why so many of us volunteer and participate in Paradox Sports community nights; to disassemble the barriers of amazing activity with a group of people that make showing up for the first time, or the first time in a long time, an incredible experience.

These days, as our community nights are limited to virtual game nights and Dom’s Thursday Tech Tip videos, I am feeling increasingly grateful for the group of people that have given my life so much. From allowing my now fiancé the opportunity to do her first outdoor rock climb, to inspiring me to pursue my Single Pitch Instructor Certification, I would be lying if I said I volunteered for Paradox Sports for purely “altruistic” reasons. Above everything, Paradox Sports has grown from being the living and breathing embodiment of my graduate school research into a group of people that I care for deeply, and love to go climbing with! 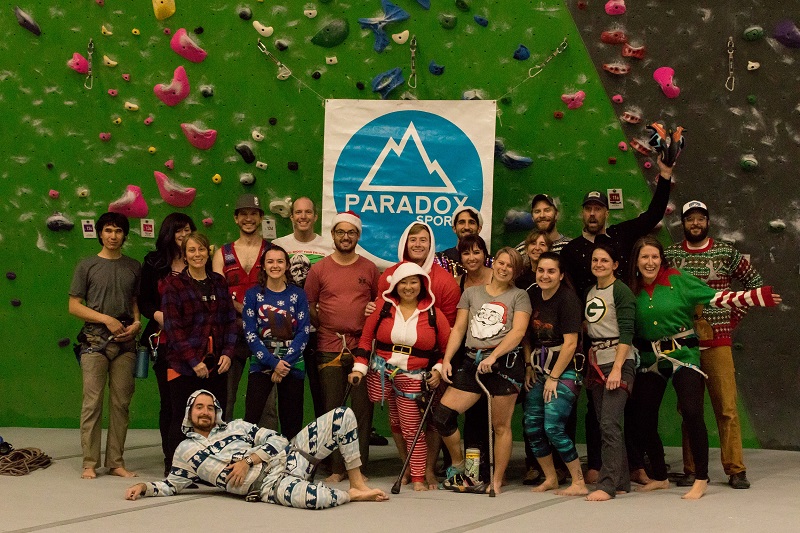