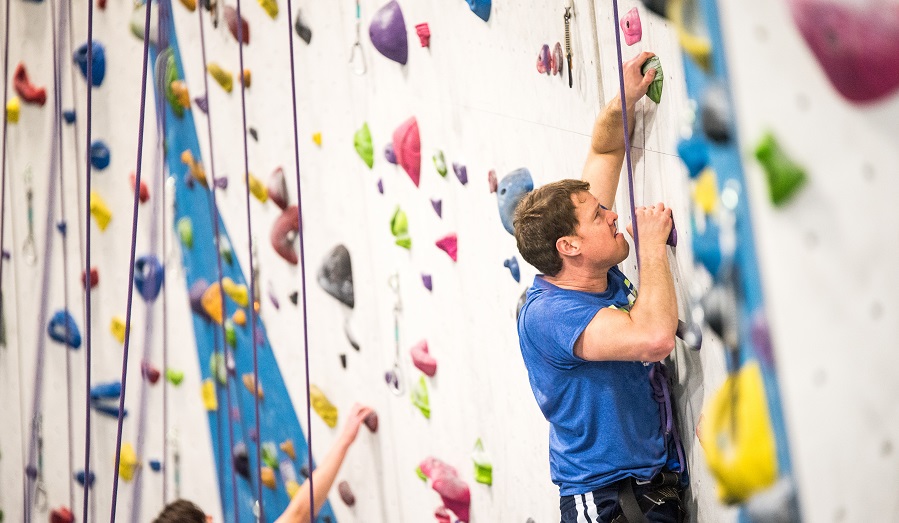 Seven years ago, I decided that it would be a good idea to look more like a Greek god and less like a sumo wrestler. I had spent the past year or so looking at my life and what I really wanted moving forward. One primary element was I wanted to be healthy, both to look and feel good. To that end I bought a treadmill and started tandem cycling.

I started slowly, walking a few miles a couple of times a week, and going on one or two bike rides as well. I also started switching out the quarter pounders for veg and fruit. Sodas and desserts were also phased out for healthier alternatives. These minor steps allowed the progress I made to be sustainable, as I never thought of it as a huge sacrifice. My plan has had its ups and downs. I, like many, will now and again pound down a 4×4 from In-N-Out with great relish, and occasionally the most dangerous place in the room is between me and that soft oatmeal cookie. Overall, however, the plan has been successful.

One element of success for me has been keeping things fresh by trying different things for exercise. If it gets my body moving, I’ll give it a go. Cycling is my primary love (something about cruising outside while working out is cathartic for me, and it lets me outrun my fans most times), but I also enjoy running, swimming, and climbing. The latter I discovered while working for the state of Colorado’s Department of Vocational Rehabilitation. A part of the program involved taking clients to the adaptive climbing nights in Golden twice a month as a voluntary activity. I was invited, and of course decided to give it a go.

When I reached the top of my first wall I was elated, both because I hadn’t died (a plus) and because I felt like I had worked out muscles I didn’t know I had. Additionally, the people were super cool. As I continued to regularly attend the climbing nights (at the time jointly run by Paradox Sports and Adaptive Adventures) my love for reaching the top of the climb only grew. I also found a funny thing as well, even when I didn’t reach the top; if I had done my best, I was able to reconcile myself to not completing the task, yet having a sense of accomplishment. 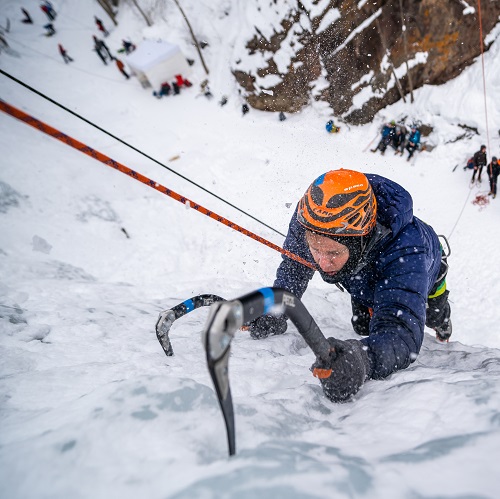 I was invited to join the Paradox Sports ice climbing trip in Ouray, CO in February 2019, and I figured it would be an excellent opportunity to try an alternative form of climbing. In the past my favorite part of winter sports was the hot tub and hot chocolate at the end, but I had noticed myself getting lax over the course of winters past, and wanted to find a new sport I would do during the winter months. Something to keep me focused in the same way a cycling or running race did during the other seasons of the year. My family and loved ones thought I was on a suicide mission. I assured them that if they wanted to kill me there were easier ways to do so then chucking me off an ice wall.

The trip itself was amazing. The accommodations were outstanding, and the people attending the event even more so. I loved hiking into the canyon in crampons, enjoying both the company of my companions, as well as the silence in the snow laden woods around us when conversation ceased. To top off my joy post climbing there was indeed a hot tub, and I have never been in one that felt so good.

I approached the ice climbing itself with what I thought were reasonable goals for a stud like myself. Four routes a day would be more than reasonable considering my physical conditioning. About halfway up my first wall I realized that perhaps my goals were a touch ambitious – using ice axes and crampons to climb up in an orderly manner was a very different skill set from the types of moves one can get away with on an indoor climbing wall. I subsequently finished my second wall, and the elation was intense.

I figured I had conquered the easy route, so I would try an intermediate one. Things were dandy until I found a hollow made of ice which I hacked at for a few minutes. Determining that it had bested me I called it, and after climbing another wall we wrapped up the day. I had completed four routes afterall! During the following day and a half of climbing I was able to both improve my technique, as well as delight in the company and beauty around me.

As a blind athlete, I believe that overcoming one’s own limitations is of the utmost importance. When I am congratulated for completing some feat, I want it to be because I as a person did so, not because I – as a blind person – did so. The misconceptions about blind abilities in the general public are large, and thus I understand why it is typical for someone who cannot imagine moving about independently as a blind person bows down in awe when a blind person completes a difficult athletic feat. In reality, however with appropriate adaptations, one’s disability is not the key thing. The key thing is: can you force yourself to keep going in the face of the challenge in front of you, whether that’s an ice wall, or a fundamental life challenge? Can you do what you need to do in order to be successful, or do you tap out? Can you resist those oatmeal cookies and make healthier life choices?

For those who are successful, in ice climbing or regular life activities, I believe praise is due. The disability is simply one other factor in the overall make up of the individual who accomplishes these tasks. I appreciate the opportunity to ice climb because it gives me the chance to challenge myself and educate others about blindness. I returned in one piece from ice climbing, and my family and loved ones were relieved. The learning experience I had from ice climbing was well worth any inconveniences, and I will happily make it a regular part of my winter activities moving forward.