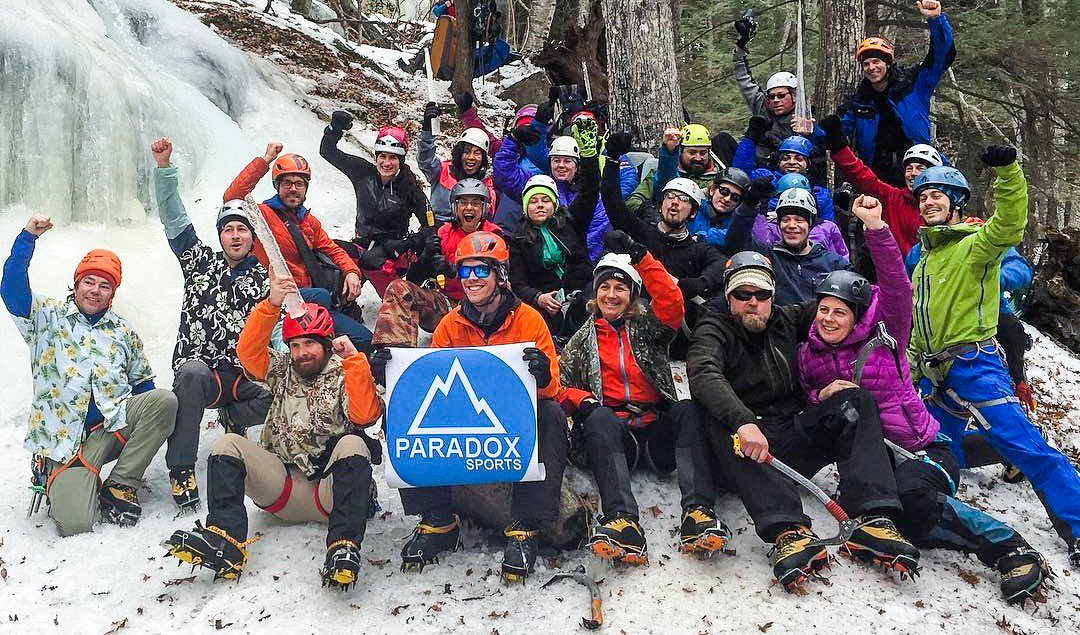 “It’s like fun…but different!” my co-guide exclaimed to the attentive audience before us. I looked over as a maniacal grin replaced his dependably calm demeanor.  I had never thought of ice climbing in this way, but this phrase immediately brought my senses to life. I could feel my cold fingers on the frozen ropes. The insane pump in my forearms from over gripping the tools. The constant spray of ice chips fighting back as I swing into the wall. It sounds like a miserable day, but there is no doubt that getting to the top of your first ice climb will change your life.

So what are we searching for? Why do we push ourselves? Who started this insanely addictive sport? 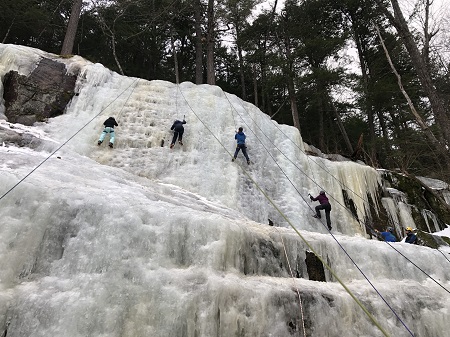 Like many of our climbing objectives, there is typically an easier way to get to the top. There is no need for us to take the path less traveled in life, when we can just hike around the challenge and reach the summit from the trailhead. However climbers are inquisitive, and we believe that the growth comes from the journey. If we never pushed ourselves, how would we know how far we could go? How would we know what is possible?

In the early 1900’s mountaineers from the Northeast began to ask themselves the same question. These individuals typically came from a wealthy background, and would often be granted the opportunity to practice their skills abroad in the Alps. This exposure of these trips would often include guided trips through Chamonix and other world class destinations. After returning home some would categorize the activities as purely recreation, while others became committed to the pursuit of bringing alpinism to the states. This insatiable need for personal challenge and climbing growth lead to some of the first-ascents in the Northeast. Routes began sprouting up all through the region in the 1920s. Many of these routes are still considered bold climbs nearly 100 years later, and respect is given to those who were climbing in rudimentary equipment such as hemp ropes and hobnail boots. 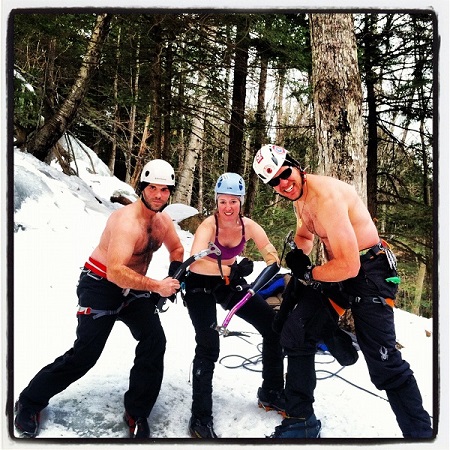 Unofficially, ice climbing in the New Hampshire area started sometime at the turn of the century as mountaineers found passages and gullies on Mt. Washington, Cannon, and more. The intense terrain was an excellent training ground, and many mountaineers built impressive resumes from the White Mountains to the Adirondacks and beyond.  The desire for new routes was great, but climbers always put incredible pressure on themselves with their old school rules, and with their beliefs on what was possible in the mountains.

It was in 1930, when the small world of Northeastern climbing would be changed forever when two young climbers, Samuel Scoville & Julian Whittlesey (amateurs according to their own accounts),  managed to claim the first ascent on Pinnacle Gully. After a few failed attempts with larger parties, Scoville and Whittlesey decided to try it as a two person team. This bold decision, and the perseverance shown throughout their all day effort lead them to the summit. According to Yankee Rock and Ice, this change of “vision and mental attitude- was just as important as strength, skill, or experience” and changed the culture overnight. The idea of two newcomers taking down such a large objective lit a fire under many and pushed the level of intensity up a notch, as no other great climbers had been able to claim the route.

As more mountaineers became interested in climbing harder, faster, and more efficiently- the equipment they were using also needed to improve directly with their skills. In 1932, the addition of  front points on crampons added a huge performance gain. Also, it was around this time when the climbing community began to put an emphasis on safety and training within the sport. Solo-ing routes became inappropriate, and was replaced with the idea of top roping and belaying. Through the years the gear improved, the climbs got bigger, and the number of historic ascents continued to grow.

Rich climbing culture still exists throughout the Northeast today, and we are lucky to climb at some momentous places on our Paradox Sports trips, like Cathedral Ledge in North Conway. On our programs, we try and emulate the bold comportment of the climbing pioneers who came before us. Using new adaptive climbing techniques, and returning each year to hone technical skills and bravery of those willing to push their boundaries. During these groundbreaking weekends, Paradox Sports climbers put up first ascents of their own. First Blind Ascents. First Para Ascents. First Sit-Aid Ascents. Many times these climbers are novice to the sport, much like the first ascensionist of Pinnacle Gully.

These climbers continue to redefine what we believe are formidable obstacles in the climbing community, and they continue to stoke the fire for thousands nationwide who are looking for their own challenge. Films like ‘Enock’, ‘Got Stump’, and ‘Craig’s Reaction’, show that almost any challenge can be overcome with the right vision and mental attitude. Our goal is to give all climbers the chance to push themselves and see what is possible in their own lives, and there is no better way than the thrill of ice climbing in the Northeast. 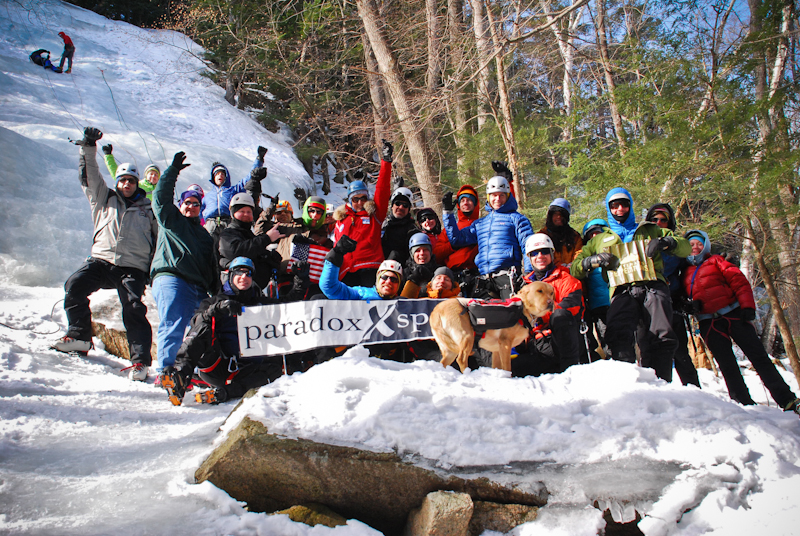