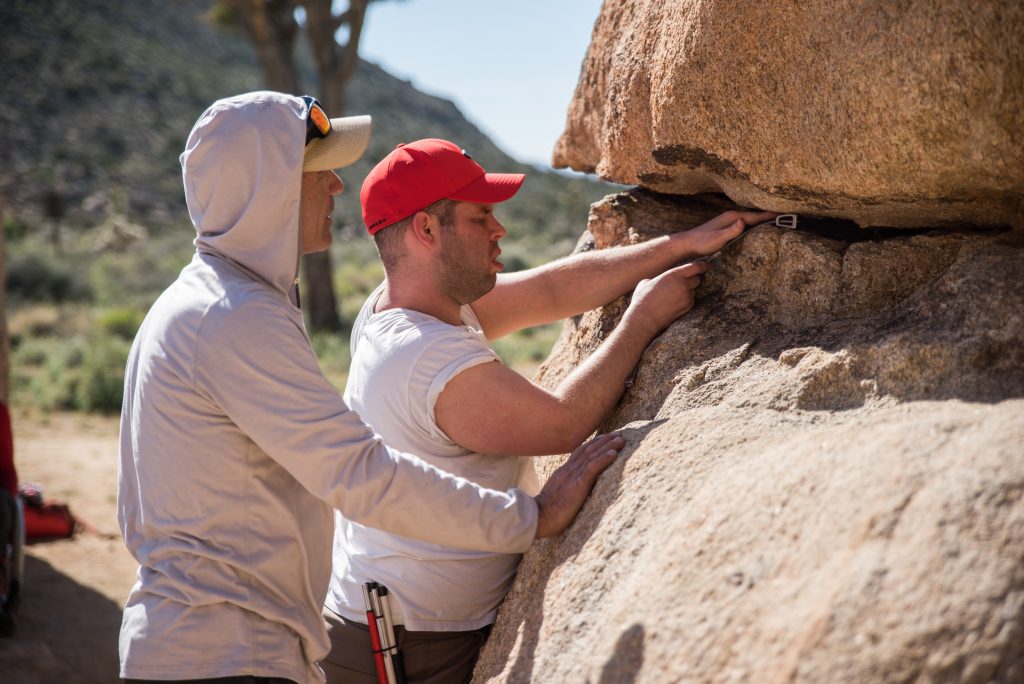 The summer of 2004 is when Shawn Sturges entered into his new life. He had just graduated from high school, turned eighteen, and was experiencing a puzzling sudden decline in vision. Before summer’s end his world turned black –literally black. That was all he saw!  He no longer had any perception of light left. Sturges was now classified as “VI” or a visually impaired individual which was caused by Leber’s Hereditary Optic Neuropathy. Prior to his vision loss he was involved in athletics which included baseball, football, and martial arts. However, many of these activities were taken away as soon as he begun to experience his vision loss. 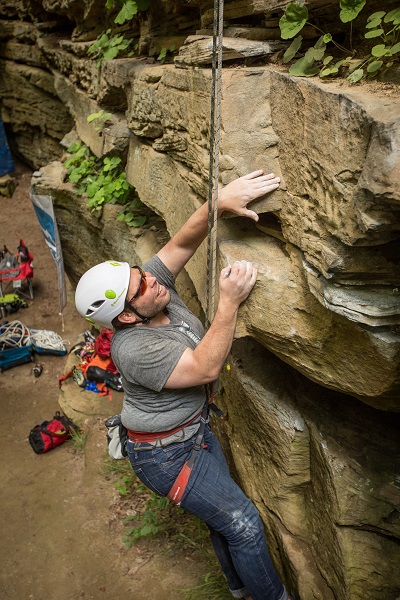 The loss of his vision quickly resulted in a battle with depression which often separated him from the rest of the world. After about a year of isolation, Sturges felt that the time to move on with life was important for recovery.  Shortly after that decision he began to seek out healthy ways to cope with the depression, so he found himself once again involved with martial arts. He also entered college where he would later obtain multiple Bachelor’s degrees in Business Administration. What he learned was the discipline, perseverance, determination, and belief in one’s own abilities that are needed to find success which he later took to rock climbing.

In the fall of 2015 he was introduced to rock climbing by a friend, and from that first time on the wall he was hooked. Sturges joined the local Adaptive Climbing Group (ACG) to learn climbing techniques not only on the wall, but also in safety which means how to use harnesses and knots to provide a measure of safety while climbing. Sturges states, “The visual limitation that I face is not a hindrance that most believe it to be while climbing. As an adaptive climber and individual in our world I am in a constant state of problem solving. What I have learned as a blind individual is that my world is very tactual, so rock climbing lends itself quite well to my world. I use visualization and flat hand scanning a tremendous amount while I climb which helps me to determine my path of upward ascent. My daily navigation skills that I use to travel around Chicago has also helped me to find success in climbing since I am always aware of my body position and surroundings which is also very important when on the wall. What I have determined is that climbing to me is not that different from my everyday life and that realization will be what helps me to achieve all my climbing goals.”

After a year of climbing at Brooklyn Boulders in Chicago he joined an adaptive climbing competition team to compete at the USA Climbing Adaptive Nationals which was held in Georgia in the summer of 2016. The many hours spent in the gym allowed him to take home second place in the visually impaired category. This accomplishment earned him a spot on team USA to compete in the 2016 IFSC World Para Climbing Championships which were held in Paris, France. Although he did not place at World’s he learned a tremendous amount about himself and climbing that he has taken back to Chicago with him to not only train harder, but smarter for future competitions.

While in France he had the opportunity to climb in the world-renowned Fountaine Bleu which is known for bouldering. In the Spring of 2017 he climbed with Paradox Sports in Joshua Tree National Park in California. This was a skills-based camp where he learned crack climbing techniques, aid and trad climbing techniques, repelling, anchor building, and many other climbing techniques to be both a safe and more responsible outside climber. He also joined a Paradox trip in Rocky Mountain National Park in 2017 to climb Long’s Peak, one of the 14,000 ft. peaks, but was unsuccessful due to inclement weather. However, this change of plans afforded him the opportunity to tackle his first successful multi-pitch and rappel of “The Bomb” on The Wind Tower in Eldorado Canyon. Since The Wind Tower he has climbed multi-pitch routes on Devils Tower and in Vedauwoo. As well as ice climbing in the upper peninsula of Michigan and most recently his first trip to “The Red” with Paradox Sports in 2018. He will continue to hone his skills to reach his future goals to climb big walls, multi-pitch climbs, and ice both in the U.S. and around the world. 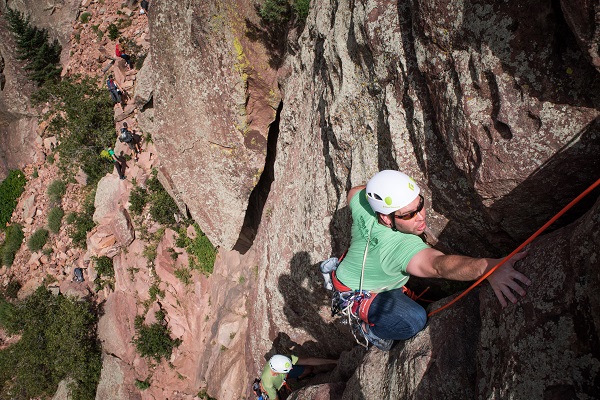