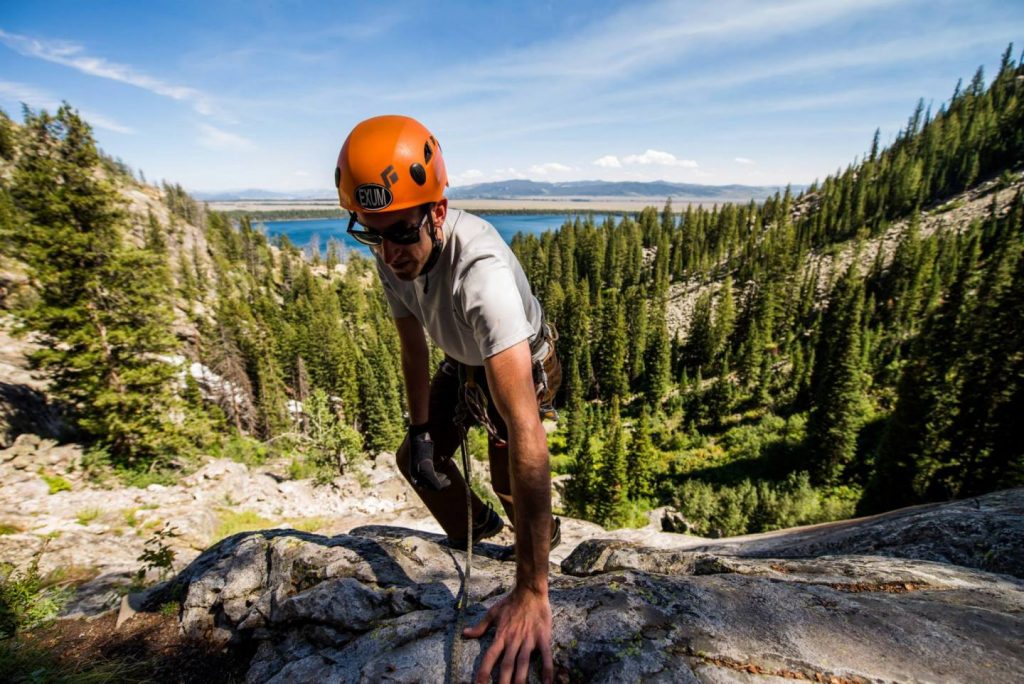 Dan training for the Grand Teton, 2014

Dan Boozan simply loves the mountains and the culture that comes with them. From studying engineering and business administration to summiting the Grand Teton, Dan appreciates personal challenge and problem solving. After his biking injury in 2013, Dan moved to Colorado and soon connected with Paradox Sports. Finding a new passion in climbing, Dan has continued to push his limits and travel the country in pursuit of adventure. A thoughtful friend, passionate adventurer, and eager businessman, Dan applies those same analytics and patience to his climbing.

Henry White (Paradox Sports): So what originally brought you out to Boulder, Colorado?

Dan Boozan: I have been coming out here for around 20 years off and on to visit the family and friends I have out here. I also checked out a lot of schools and colleges. My sister did her undergrad at CU Boulder- so I would come crash on her couch quite often. I always wanted to move here at some point but didn’t know when. This place is kind of a mecca and the weather is always so good. I wanted to get out of Vermont and finally make the move. When I got hurt, I was at Craig Hospital in Denver for few months and then eventually moved in with my sister. I spent the next year living and rehabbing here from one surgery to another. After that I moved back to Arizona and ended up hating the routine I had down there. A couple months after moving back to Arizona I knew right away I wanted to be in Colorado. I was fun-employed for a while and then made Boulder home as I was making more and more connections.

PS: What was your transition like from working in Arizona to going back to school for your Masters in Business Administration? 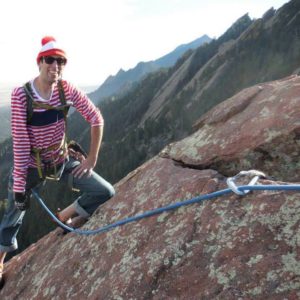 Dan dressed as Waldo on top of the 3rd Flatiron

PS: With a B.A. in Mechanical Engineering and a Minor in bike and ski racing from the University of Vermont, what led you down the business track?DB: When I applied to Graduate School was when I started to climb more. The community here really steered my decision to stay in Colorado versus moving to a city like Boston or NYC. I felt this is where I have made most of my post-injury friends. I only applied to CU Boulder and wanted to set my roots here. I did a bunch of last minute studying for the GMAT and began rapidly completing my application.

DB: I had some old bosses that planted the idea in my head. For a long time I couldn’t decide if I wanted a Masters in Engineering or not. During my recovery I spent most of my days hanging at my friends bike shop in Boulder. Through hanging out there, I met a lot of Boulder business people. And my friend taught me a lot about marketing and what it takes to own a local business. During that time I also read a lot of articles about the recession. I wanted to learn how to manage the recession and learn more about economics. I started realizing there are a lot of problems out there that still need to be solved. The technical setting has less room for growth. Business always brings new things and so much of it is collaboration. I got to learn a lot of new information as well as be exposed to great innovation. I also got to know and work with so many interesting people. I wanted to figure out how to stay in Colorado long term. It’s a boom economy. It’s a place with mountains. In my mind, mountains equal good people. Boulder seems like a mountain town at heart with great outdoor access but is also equipped with this incredible small business startup environment.

PS: Boulder is a big cycling town. After hanging at your friend’s shop, are you still involved in the scene?

DB: My accident left me with some nerve damage to the right side of my diaphragm. My right lung doesn’t inflate in a functional capacity. I only have one functioning lung. For me, bike racing was such a large part of my identity for such a long time. I stopped riding because I couldn’t maintain those high levels I chased for so long. It’s difficult for me mentally. It’s also hard to see other people riding. My choice was to kind of put that part of my life in my past and move on to new exciting things despite missing it so much. In Arizona, my racing friends were centered on bike culture and that’s it. They kind of disappeared after my injury. Paradox definitely supplemented those roles that became empty. And other relationships were strengthened. 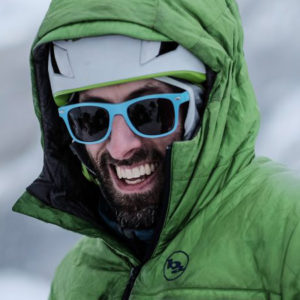 Dan at our Paradox Ouray 2017 trip | Photo by Malcolm Daly

PS: How did Paradox Sports enter the picture?

DB: When I moved back to Boulder, Paradox offered me a community that I hadn’t had since I was racing bikes before my accident. One night I was getting drinks at Oak at 14th and the waiter asked if I was interested in rock climbing. I was like “Nah, I only have one arm!” He ended up telling me to check out Paradox Sports, a non-profit organization that his buddy Timmy was involved in. I did one of the Front Range Adaptive Climbing Club nights and immediately loved the people. And I ended up actually being able to climb! The next summer in 2014, I joined Paradox in the ascent the Grand Teton, which was featured in the short documentary “A Grand Pursuit”. Before the trip we also bagged a bunch of 14ers to get in shape. We completed ten 14ers in six weeks along with other long alpine days. I was with Chad Jukes, Vasu Sojitra, Jeff Glasbrenner, Jon Sedor, and a bunch of Exum Mountain Guides who are all great people. 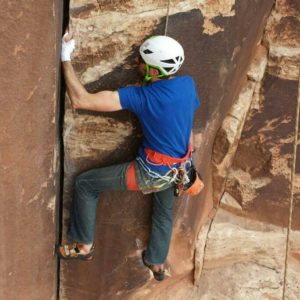 PS: I know you identify as having an “invisible disability”, can you tell me more about that?

DB: There are different gradients and factors that people perceive. Amputations or more physical injuries are far more apparent to people in daily routines and situations. One in five Americans will at some point in their lives classify as being an individual with disabilities. You could never know that some of these individuals have disabilities. Most people that see me on the street or doing things elsewhere, won’t be aware or have the perception to pick up on my disability. If you are in a wheelchair or have a prosthetic, you have a more apparent disability and it changes other people’s behaviors sooner. I don’t want to be prematurely judged when parking in a handicapped space. If I am at the coffee shop and they put twelve things on a tray, I need some accommodation. There are a lot of people out there who you won’t be able to tell if they have disabilities. I think that people with PTSD have it the hardest. Mental awareness of what you don’t know will bring more benefits to our society as a whole.

PS: Do you have any new projects lined up?

DB: I try to constantly be training. The Alpine Training Center is another place where I have found an awesome community. It consists of friends and ass kicking. It keeps me honest and humble. When I wrap up school here I kind of want to go back to Yosemite and play around. In the long term, I want to do a big wall and possibly The Nose. Locally, I want to climb all of the 5 star classics in Eldo. The routes, Yellow Spur and Outer Space, have always fascinated me. They are just such iconic climbs right in our backyard. I would also love to go to the Wind River Range and Jackson. There is so much to do! I’ve also had this idea for years that would be called Gimps On Parade. I would get a Sprinter Van and a bunch of Go Pro cameras with Vasu and others to create a video series of us driving around to different adventure spots and chronicle all of our shenanigans. Kind of like Cedar Wright’s Sufferfest videos but focused on our adaptive pursuits. The goal would be to capture the silliness despite the serious tone usually associated with our injuries. Paradox is fun because it’s a serious subject but we have a fun loving attitude. Come as you are and we’ll figure it out. Maybe we wouldn’t publish this but it would be a blast.